The song described
A Walk On A Broken Road is the ballad of the album. It is a tragedic yet hopeful song that has incredibly great atmosphere. The song is quite calm from the beginning of the end moving forwards with base synth and orchestrations and Jarmo's voice. The middle part and the ending bring a tragedic feel with touching keyboard melody and drums that sound like they come from miles and miles away echoing with the wind.

How it all started
This song was one of the 4 songs that we demoed in 2007 summer. It was originally a band version with pretty much same vocal melodies but the similarities end there. We wanted to try out a different approach for the album as we felt the song could work extremely well with very simple arrangements. Of course we were worried if that was a good idea or not, but it's hard to describe the feeling when I heard Jarmo sing this one in the studio. I knew that these changes made the song incredible.

This is definitely the most special track on the album. In the demo stage it was a power ballad with more or less typical band arrangement, but at some point the decision was made to make a completely different version of it for the album. The instrumental tracks of this song are almost 100% synths. It was kind of funny -- we of course always record all the basic drums, bass tracks and rhythm guitars first in the studio sessions, but this song has none of those. So all the time there was this one title standing in the tracklist and nothing was done about it, until Jappe came in and crafted the song by himself.
-Tero

I remember this songs arrangement divided opinions and there were some arguments too. :) Well that happens sometimes. I think this "ambient" version fits well to this album because it's again.. something new what we haven't tried before. Jappe "Vangelis" M. did nice arrangements with his Casio (tm) keyboard. (check below..) -Vesa 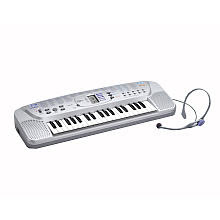